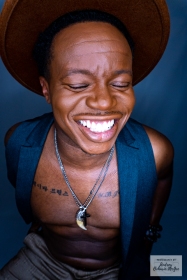 President and CEO of Applaud You Talent Group, LLC, Jeremy J. Johnson is a writer, educator and performing artist who shares his talents through music, acting and writing. His new book project, Intimacy From His View-What Black Men Have to Say About Intimacy releases this Fall 2020.

Inspired by great music legends like James Brown, Michael Jackson and Janelle Monáe, Jeremy has performed as a singer of diverse genres on nightclub stages, music festivals and concert halls in the U.S. and internationally. The lead vocalist for several popular bands, including Heat, SolcetFre Project and Soul Brothers Band-the Ultimate James Brown Tribute Band, Jeremy released his first solo album Open: The Release in 2008. Touring cities throughout the Southeast, Jeremy’s hit song “Where” was a fan favorite and helped to propel his popularity as a talented singer and songwriter.

Born in Newark, New Jersey to a talented family of performers, Jeremy started singing in his church choir at the age of six. After moving to South Carolina, Jeremy discovered a passion for writing songs and soon started creating his own style of soulful music.  A graduate of South Carolina State University with a B.A. in English, Jeremy’s passion for teaching soared. He began a professional career teaching English to North Carolina middle school students. Jeremy taught by day and created music at night. In 2010, he also garnered an acting role as a musician in the film Blood Done Sign My Name starring Nate Parker, Ricky Schroder and Lela Rochon. 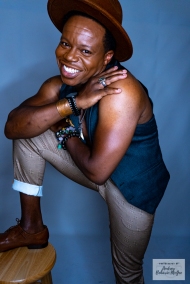 Jeremy’s soulful style, sound, and outstanding stage and screen performances caught the attention of El-live Productions, a live entertainment company catering to night spots throughout Asia. Performing under the stage moniker J’Da Prynce, Jeremy landed a gig as the lead vocalist for the International band, Heat which toured popular Asian nightspot from Singapore to Beijing to Bangkok where his nightly performances as the lead vocalist for Heat helped the Spasso Club win “Best Live Entertainment Venue in Bangkok” awarded by Bangkok’s Best Dining Magazine for two consecutive years (2014 and 2015).

Upon returning to the U.S., Jeremy relocated to Atlanta, Georgia and returned to teaching while developing plans for his second album, Heart Vs. Head for American and Asian fans. In 2019, Jeremy also landed another lead acting role in the Atlanta musical presentation of Little Shop of Horrors, produced by Orange Box Theatre in Tucker, Georgia.

Today, Jeremy is taking his love for writing to new heights. A contributing writer for Sheen Magazine and Cons2Dons magazines, Jeremy is the perfect man to author Intimacy From His View-What Black Men Have to Say About Intimacy. Exploring ideas about intimacy in his own creative works for many decades, Jeremy is excited to share his new book project with his many fans around the globe.

Headquartered in Atlanta, GA, Applaud You Talent Group, LLC is a boutique talent agency committed to honing and nurturing the best artist talent.